Why Forbes Councils Aren't Going to Make You a Thought Leader

For B2B tech leaders, appearing in Forbes is a media relations career goal. So, if you receive an email from the Forbes Technology Council saying you’ve been selected to be a Forbes author alongside an exclusive, invite-only group of your peers, you’d probably get pretty excited, right?

As the media landscape has continued to shift, not only has the number of full-time journalists decreased, but mainstream Tier 1 publications have chosen to decrease their “unbiased” editorial coverage in pursuit of more lucrative opportunities, such as native advertising (code for “pay-for-play”). The problem with these, such as the Forbes Council, is that the opportunity is misguided. According to Everything PR, “after speaking to multiple agency professionals across a variety of marketing disciplines, we are getting the feeling that the Forbes Council is a scheme and scam.”

Simply put, if thought leadership is one of your tech company’s PR priorities, Forbes Councils are NOT your one-shot solution. As a top tech PR agency, we recommend a healthy mix of:

Want to see how it works in action? Click here to see how ARPR led a 3+ year thought leadership program for a cybersecurity client, including more than 60 byline articles resulting in 500 website referrals. 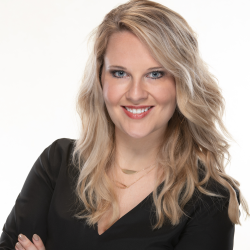 Anna Ruth Williams
Anna Ruth founded Alloy (then known as ARPR) in 2012 and wore many hats for the following 10 years. As chief strategy officer, today she focuses on growth, global expansion and senior-level client strategy. Ask her about her Career Barbie collection.
Read more of Anna Ruth's Perspectives
Back to Perspectives
Let’s Talk Careers