It’s no secret that search engines drive the most qualified bottom-of-funnel leads. While Google Search Ads and LinkedIn Ads are already established as market leaders in this space, Bing ads are the unsung hero of lead generation…especially for healthcare technology companies.

According to Wordstream, Bing controls 36% of the U.S. desktop search market despite being perceived as a second-tier search engine compared to Google. Why? Primarily because Bing is installed as the default on Microsoft devices.

More often than not, our health IT clients are selling to hospital and healthcare system executives, and research shows that these audiences are more likely to use – you guessed it – Microsoft devices. This is largely due to Microsoft’s optimized features, cloud-based offerings, and overall ability to more seamlessly integrate with tools most commonly leveraged by these systems, such as telemedicine and the EHR. In other words, when a health IT company decides to pursue Bing ads, they are meeting their audience where they already are – on their work computers.

Additionally, Bing attracts 47% of all healthcare industry paid search clicks in the U.S., proving that the search engine already is a strong channel for MedTech vendors to promote their solutions. If that isn’t enough proof of Bing’s viability, according to Wordstream, the search engine has an almost 50% higher ad click-through rate (CTR) and a 33% lower cost per click (CPC) than Google.

With an estimated 24 million healthcare users on Bing not being reached on Google, our agency argues that money is being left on the table regarding lead generation if a MedTech company is not utilizing Bing in its lead generation strategy.

We’ve Done This Before

We have implemented dozens of Bing Ad campaigns on behalf of our healthcare clients. We’ve found that with strategic set up and optimization, this channel brings in 60% of the traffic that Google Ads does – showing its potential for a solid user base at an overall lower cost per click.

To learn more about driving demand and Bing’s potential, see this case study on behalf of Rimidi, a leading clinical management platform designed to optimize clinical workflows. After incorporating Bing ads in Rimidi’s integrated marketing mix, our team generated 50 new qualified leads, reduced cost per click by 40%, and lowered the cost per lead by 6% – creating a new high-quality pipeline of sales qualified leads. 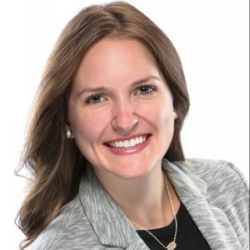 Cortney Johnston Williams
As Alloy's health IT senior account director, Cortney brings her strategic vision, media relations chops and hunger to the forefront to PRopel What's Possible for all of her clients.
Read More of Cortney's Perspectives
Back to Perspectives
Let’s Talk Careers